How To Find Free Music

The most popular digital music store
The latest news, commentary, and reviews on the art & entertainment scene that impacts the Oakland Bay Area Music. This includes artists, Free music & more.

No Copyright - Music: Hip Hop Free Rap Beats with Free Download
Oakland: The Musical History Tour: A Guide to Over 200 of the Bay Area's Most Memorable Music Hits. Another section centers on the history of hip-hop in the Bay Area and was curated with the help of local music legends.

Dj Rip Out mix tape truly is a masterpiece of epic records but most of all. DJ Rip Out knows people and knows how to move them. Yon can listen to it on a constant basis at home in the office and so on.


If you've never heard of Dj Slapnasty, you're really missing out on a huge part of the Bay Area's — and America's — musical history.listen to millions of songs Free. DJ Slapnasty has a style of his own, keeping the art of the DJ and of the mix tape alive.

Creating original records and new twist the sound of urban rap hip/hop and R&B. DJ Slapnasty delivers performances that create buzz and strengthen in the nightclub scene. For going above and beyond as a performer, a DJ and a producer. DJ Slapnasty has a style of his on.

Keeping the art of the DJ and of the mix tape alive. Delivering a all new mix tape Like a boss do with Papa Don Creating original new twist the sound of urban rap hip/hop and R&B.

Papa Don mission started in 2003 as a hip hop/urban artist,when he set out to make his music available to the public as a street vendor. Here he his now dropping ''This The Life'' Deluxe Edition album expect to be inspire and fell good music.

There's something for everybody 20-tracklist to choose from don't lose out on this good deal! Papa Don's music has helped him cultivate a hybrid fusion sound that has captivated broad audiences and fans of his music internationally.

Now, the next generation of the Hoodstar Family is aiming to get there label into the public eye.

Throughout the course of his musical career, Gunna Bro Flex- has won over the hearts of music lovers from all walks of life. Performing at a variety of venues,

making dozens of appearances, working the way up to the top dropping hit songs like ''Hi Power'', ''Hard way'' and ''man of my class''.


win you listen to this album you no Gunna Bro Flex got a story to tell. The Music tells it all his sound catches your attention forcing you to listen the style is beyond comparison, Each record showcases the unique sound and lifestyle hip hop/rap/club/urban .

Like hip-hop, it began in New York City
Rap, musical style in which rhythmic and/or rhyming speech is chanted (“rapped”) to musical accompaniment. This backing music, which can include digital sampling (music and sounds extracted from other recordings),

The late 1980s saw the advent of “gangsta rap,” with lyrics that were often misogynistic or that glamorized violence and drug dealing. Later stars include Diddy, Snoop Dogg, Jay-Z, OutKast, Eminem, Kanye West, and Lil Wayne. 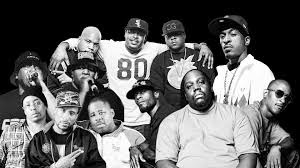 What are the four main elements of hip-hop?

While there is some debate over the number of elements of hip-hop, there are four elements that are considered to be its pillars: deejaying, or “turntabling”; rapping, also known as “MCing” (emceeing) or “rhyming”; graffiti painting,

also known as “graf” or “writing”; and break dancing, or “B-boying,” which encompasses hip-hop dance, style, and attitude, along with the sort of virile body language that

How did hip-hop get its name?

There are various explanations for the source of the term hip-hop. However, the most popular one involves Keith (”Keef Cowboy”) Wiggins, a member of the rap group Grandmaster Flash and the Furious Five.

The rapper used the words hip/hop/hip/hop, imitating the sound of soldiers marching, in reference to a friend who had joined the army.

According to some accounts, Kevin (”Lovebug Starski”) Smith was with Wiggins and helped create the phrase. Hip-hop was subsequently popularized in songs, notably the Sugarhill Gang’s “Rapper’s Delight.”

Who are the founders of hip-hop?

While a number of people were influential in the creation of hip-hop, much credit is given to Kool Herc (Clive Campbell), a Jamaican immigrant who was the first major hip-hop disc jockey. At a Bronx party on August 11, 1973, he introduced

the technique of playing the same album on two turntables and extending the drum section (which became known as the breakbeat).

Many recognize this night as the birth of hip-hop. Other pioneering hip-hop deejays include Afrika Bambaataa and Grandmaster Flash. The three men are often called the “holy trinity” of early hip-hop.

What was the first major hip-hop song?

Although not the first hip-hop song, the Sugarhill Gang’s “Rapper’s Delight” (1979) was considered the first significant single of the genre.

Within weeks of its release, it became a chart-topping phenomenon and gave its name to a new genre of pop music. Part of its crossover appeal was attributed to its lighthearted lyrics, which were atypical of most rap songs at the time.

Origins And The Old School

known as “graf” or “writing”; and “B-boying,” which encompasses hip-hop dance, style, and attitude, along with the sort of virile body language that philosopher Cornel West described as

“postural semantics.” (A fifth element, “knowledge of self/consciousness,” is sometimes added to the list of hip-hop elements, particularly by socially conscious hip-hop artists and scholars.)

Hip-hop originated in the predominantly African American economically depressed South Bronx section of New York City in the late 1970s. As the hip-hop movement began at society’s margins, its origins are shrouded in myth, enigma, and obfuscation.

Graffiti and break dancing, the aspects of the culture that first caught public attention, had the least lasting effect. Reputedly, the graffiti movement was started about 1972 by a Greek American teenager who signed, or “tagged,”

Taki 183 (his name and street, 183rd Street) on walls throughout the New York City subway system. By 1975 youths in the Bronx, Queens, and Brooklyn were stealing into train yards under cover of darkness to

spray-paint colourful mural-size renderings of their names, imagery from underground comics and television, and even Andy Warhol-like Campbell’s soup cans onto the sides of subway cars. 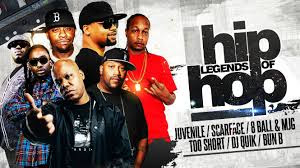 The beginnings of the dancing, rapping, and deejaying components of hip-hop were bound together by the shared environment in which these art forms evolved. The first major hip-hop deejay was DJ Kool Herc (Clive Campbell), an

18-year-old immigrant who introduced the huge sound systems of his native Jamaica to inner-city parties. Using two turntables, he melded percussive fragments from older records with popular dance songs to create a continuous flow of music.

Kool Herc and other pioneering hip-hop deejays such as Grand Wizard Theodore, Afrika Bambaataa, and Grandmaster Flash isolated and extended the break beat (the part of a dance record where all sounds but the drums drop out), stimulating improvisational dancing.

Contests developed in which the best dancers created break dancing, a style with a repertoire of acrobatic and occasionally airborne moves, including gravity-defying headspins and backspins.

simultaneously and moving the needle on one turntable back to the start of the break while the other played. Sliding the record back and forth underneath the needle created the rhythmic effect called “scratching.”

Kool Herc was widely credited as the father of modern rapping for his spoken interjections over records, but among the wide variety of oratorical precedents cited for MCing are the epic histories of

West African griots, talking blues songs, jailhouse toasts (long rhyming poems recounting outlandish deeds and misdeeds), and the dozens (the ritualized word game based on exchanging insults, usually about members of the opponent’s family). Other influences cited include the

hipster-jive announcing styles of 1950s rhythm-and-blues deejays such as Jocko Henderson; the black power poetry of Amiri Baraka, Gil Scott-Heron, and the Last Poets; rapping sections in recordings by Isaac Hayes and George Clinton; and the Jamaican style of rhythmized speech known as toasting.

Rap first came to national prominence in the United States with the release of the Sugarhill Gang’s song “Rapper’s Delight” (1979) on the independent African American-owned label Sugar Hill.

Within weeks of its release, it had become a chart-topping phenomenon and given its name to a new genre of pop music. The major pioneers of rapping were Grandmaster Flash and the Furious Five, Kurtis Blow, and the

Cold Crush Brothers, whose Grandmaster Caz is controversially considered by some to be the true author of some of the strongest lyrics in “Rapper’s Delight.” These early MCs and deejays constituted rap’s old school.

In the mid-1980s the next wave of rappers, the new school, came to prominence. At the forefront was Run-D.M.C., a trio of middle-class African Americans who fused rap with hard rock,

defined a new style of hip dress, and became staples on MTV as they brought rap to a mainstream audience. Run-D.M.C. recorded for Profile, one of several new labels that took advantage of the growing

(composing with music and sounds electronically extracted from other recordings); and Public Enemy, who invested rap with radical black political ideology, building on the social consciousness of Grandmaster Flash and the Furious Five’s “The Message” (1982).